Showing posts from June, 2010
Show all

A prince among men 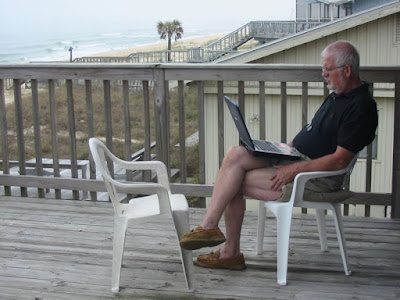 by Andrea Mulder-Slater My father Henry (Hank), was born Hindrik Mulder, in the Netherlands in 1939. He immigrated to Alberta, Canada in the 1950s with his parents, sisters and brother. As a young man he was lured by and lived in the hustle and bustle of large cities like Vancouver, Edmonton and Toronto. He spent his 20s and 30s, climbing the corporate ladder. His 40s and 50s were spent running a successful small business. He attended university, built his own house, designed computer programs and wrote fascinating articles. However... these were things he did – this was not who he was. I’m quite convinced my dad knew everything, regardless of the topic. My mom and I often referred to him as our walking encyclopedia. He read, all the time, and he sought out every opportunity to learn more because as he often said, “ A true sign of intelligence is admitting that you don’t know it all .” And, he could fix or build anything. Literally. At the age of four, I already knew how
Read more >>>
More posts