Showing posts from November, 2013
Show all

Vacations will do that to you...

by Andrea Mulder-Slater Traveling is exhausting, partly because ( as you already know ) I am unskilled in the art of packing light and so - much like an Asian Weaver Ant - I inevitably end up hauling 100 times my body weight. Only instead of dead flies, I carry luggage. Most of the time. Also, keeping a 747 in the air by using sheer mind power alone is exceptionally draining for me, especially around hour seven. As is watching each and every passenger. Did that guy ever come back from the restroom? Why is that woman pacing back and forth? Is that the pilot? Why is he back here? Where did Geoff get that croquette? Is that a child drinking whisky or is that just a remarkably petite man? Why does that flight attendant look worried? Is that man watching porn on his iPad? Did he just notice me staring at his lap? Grueling. Still, the holiday happened without a hitch ( except for the obvious ) and so we topped off our 4 weeks overseas with an additional multi day jetlag-fueled fa
Read more >>>

Under thug, see me 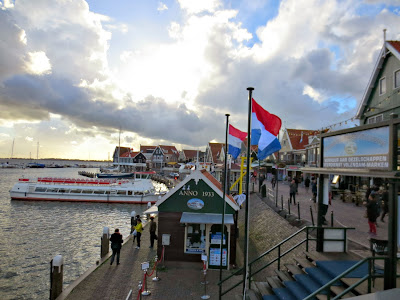 by Andrea Mulder-Slater We were visiting Volendam - a town of around 23,000 - where wooden shoe makers and cheese factories abound. It’s pretty touristy with a good amount of shops selling typical cookie-cutter Dutch knick-knacks like miniature wooden shoes, tiny windmills, carved tulips and ceramic cows that spit koffie melk through their open mouths. As we sat in the back of an open-air café/bar, eating kibbling and drinking koffie, we watched as several tour boats emptied out on the waterfront, delivering eager bodies into the tiny maze-like streets. Later on, our food finished, Geoff wandered and Jan shopped while I stood with the 4 year old admiring the big brown boats. That’s when I noticed a Japanese couple taking turns snapping photographs of one another standing in front of the picturesque harbour. Because I’m a nice girl with poor instincts, I offered to take a picture of the two of them together, using their camera. They looked at me, confused. If not slightl
Read more >>>
More posts