Showing posts from March, 2014
Show all

The crow caws at 5am 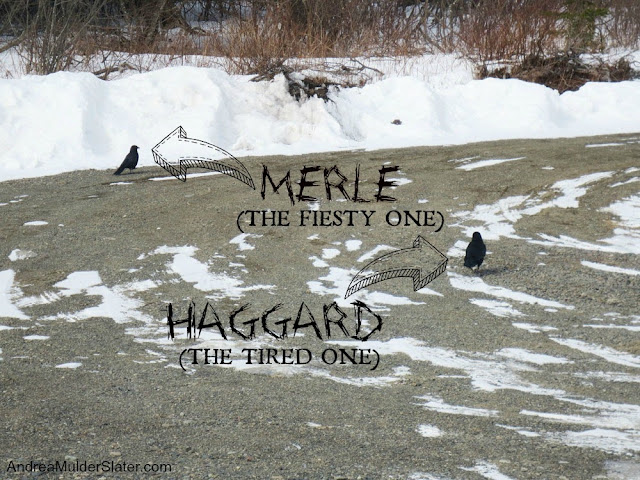 by Andrea Mulder-Slater We were under attack again this morning, this time on Jan's end of the house. THUNK. Tap tap-tap-tap. THUNK. THUNK-THUNK-THUNK. Caw. Caw. Caw. Caw! It began innocuously enough last autumn, with one solitary, emotionally damaged crow hurling himself repeatedly against one of our basement windows. The stunt ended as soon as it began, and so we just chalked it up as one of those peculiar things that only happen to us. Like stalkers in a foreign land , blindness brought on by Omega-3 pills and turtles that move like roadrunners . Fast forward to the winter, when not one, but two crows began taking turns dive-bombing our double paned glass, at 5am. Not long after, I watched them case our house. That’s when I named them. Here’s the thing… Crows are smart. Really freaking smart. I know this because I’ve watched The Nature of Things. Crows can make tools. Tools! In addition, they have remarkable memories and possess the ability to recognize fa
Read more >>>

A poem for Opa 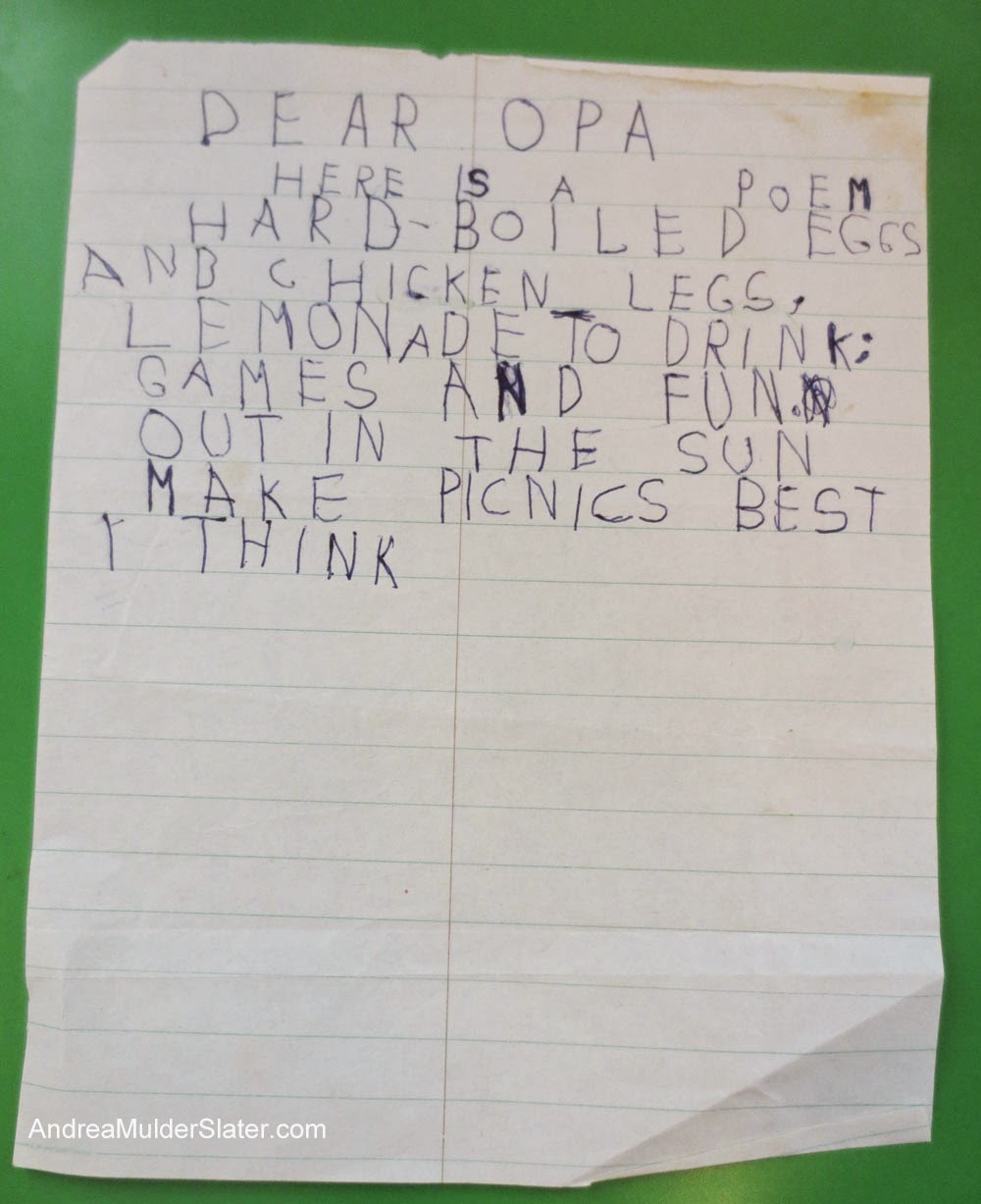 by Andrea Mulder-Slater I'm presently working on a blog post that is borderline revolting. Not unlike my time in 9th grade. But before I share it with you, I thought I would share something completely unrelated I recently found while digging through old boxes. It's a poem I wrote for my dad's father, when I was 9 years old... and (evidently) enamored with poultry.  Which, now that I think about it, actually makes this poem marginally related to what I'm currently writing. But that's another story... Enjoy! No, really.
Read more >>>
More posts